It’s a smart move to research the level of commitment your new anemonefish requires.

It’s time you learn how long clownfish live on average, and what’s their potential lifespan. It’s established that Clownfish species are longevous enough to reach 20 years of age or more, both in the wild and in captivity.

However, there are a few caveats when it comes to extending the life expectancy of these fish in a home aquarium.

But what should you do to provide your new pet clownfish with long and fulfilling life?

How long do Clownfish live for on average?

Before we move on to the answer I need to make sure you know the difference between a lifespan and life expectancy:

Lifespan refers to the maximum number of years a fish can live, whereas life expectancy is how long they are expected live on average.

Also, it should be taken into account that in the wild, clownfish take care of themselves.

However, in captivity, their quality of life is entirely in the hands of their owner.

Luckily, there’s a wealth of literature and advice from experienced fish keepers which have contributed to mastering the care of this fish species.

That being said here’s how long you can expect a clownfish to live:

Upon good husbandry, a captive clownfish can enjoy upwards of 20 years of life in a home aquarium. However, careless practices such as picking the wrong tank mates and not providing a healthy diet can contribute to a shortened lifespan among domesticated clownfish breeds.

Conversely, there’s a common misunderstanding that, on average, a clownfish will live between 6 and 12 years.

Nevertheless, these numbers are heavily contradicted by scientific research and the multiple reports of experienced fish keepers.

The shorter estimations are very likely the result of human error.

Author’s note: It’s hard to say if there’s a relationship between life expectancy and whether the fish comes from the Ocean or not. That’s because captive-bred specimens were not popular back when most of the 20+ years old clownfish were obtained for home aquarium care.

What clownfish species have the longest lifespan? 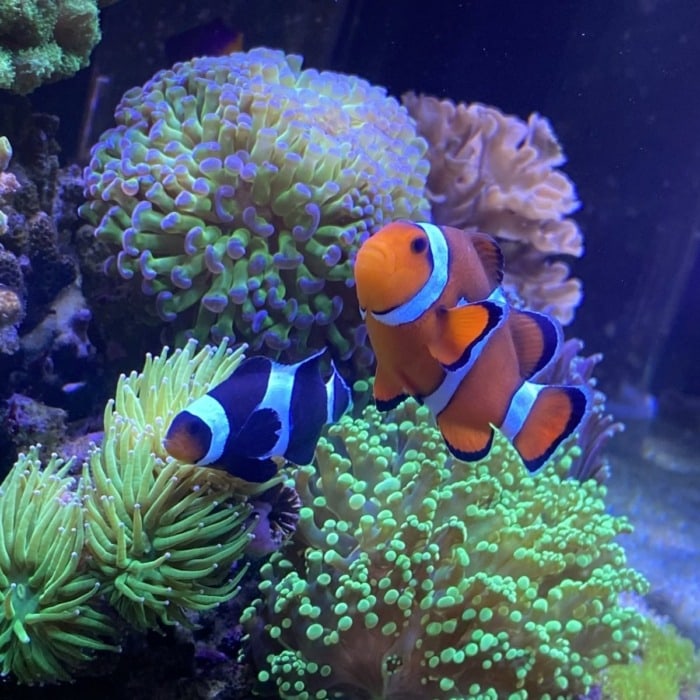 There are 10 different types of clownfish that are popular in the aquarium hobby. And that’s not even counting the designer breeds.

However, the known anemonefish species extend their numbers beyond 30.

Let me share with you some of the scientific studies I’ve found while researching the lifespan of different clownfish species:

According to one research paper, the expected lifespan of a wild Clownfish is estimated to be no less than 30 years. The researchers studied a population of Percula clownfish and have found this species to be way more longevious than anticipated.

Such life expectancy is 6 times greater than that of fish with similar sizes and 2 times greater than other species of damselfish suitable for coral reef aquariums. Moreover, I kept digging and found another study suggesting that other small species like the Ocellaris and the Cinnamon clownfish also have a lifespan of over 20 years.

Finally, I visited some of the reputable online communities for saltwater fish keeping and confirmed my findings. It turned out that many marine fish keepers would have their clownfish live upwards of 15 years.

Some of these aquarists even boast 30-year-old specimens.

The oldest one was 41 years old as reported by its owner Dudley Hartz.

Similar reports can be found about the Maroon, the Skunk, the Clarkii, and the Tomato varieties.

What about the life expectancy of designer clownfish breeds? 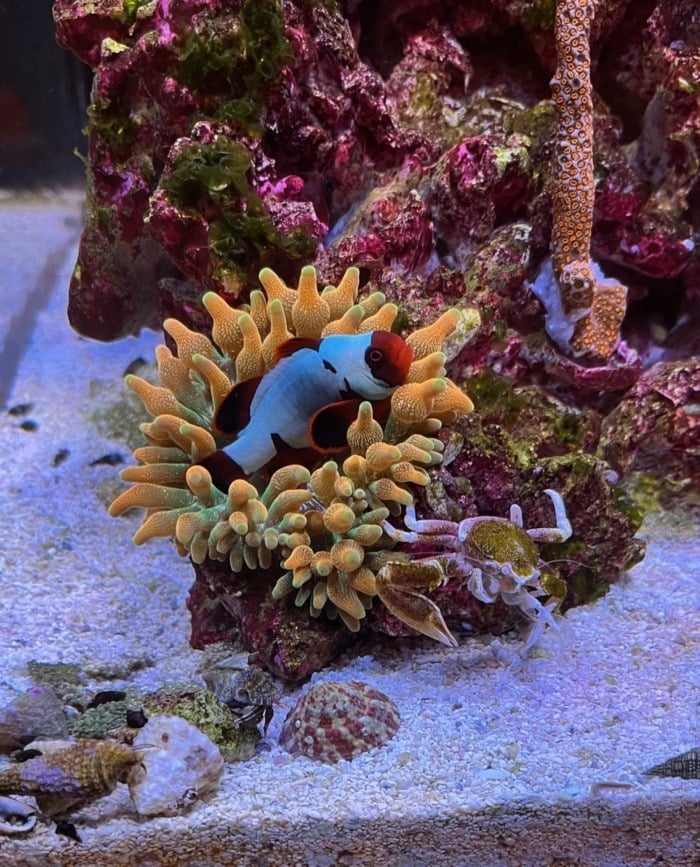 Designer clownfish crossbreeds have been around for over 13 years and new ones are popping up on the regular.

The designer varieties bred at the beginning of this period would not live more than 6 years on average.

However, breeders got better at selecting strong clownfish genetics and have refined the process.

Consequently, specimens that come from experienced breeders would often live for 10 or more years.

Given the life expectancy of natural breeds, it may be so that designer clownfish haven’t been around long enough for us to know their potential lifespan with certainty.

Tips for extending the potential lifespan of your pet clownfish

Clownfish are a staple in the saltwater hobby for a reason.

They’re hardy, non-demanding, accept all kinds of food, and have attractive looks and behavior. These traits made them one of the best beginner saltwater fish.

However, if a fish is hardy it does not mean that I should keep it in subpar conditions.

There are two main ways you can improve the potential lifespan of your pet clownfish:

Providing a diversified diet to your clownish is fairly simple.

You just source a variety of meaty foods, frozen or live. Rotate mysis and brine shrimp, some high-quality pellets, and offer worms on occasion.

On the other hand, creating a stress-free aquarium for your pet clownfish requires making effort on several fronts.

Everything that’s out of the norm can be stressful to our fish. Common stressors for a clownfish are:

Starting a clownfish aquarium is a long-term commitment 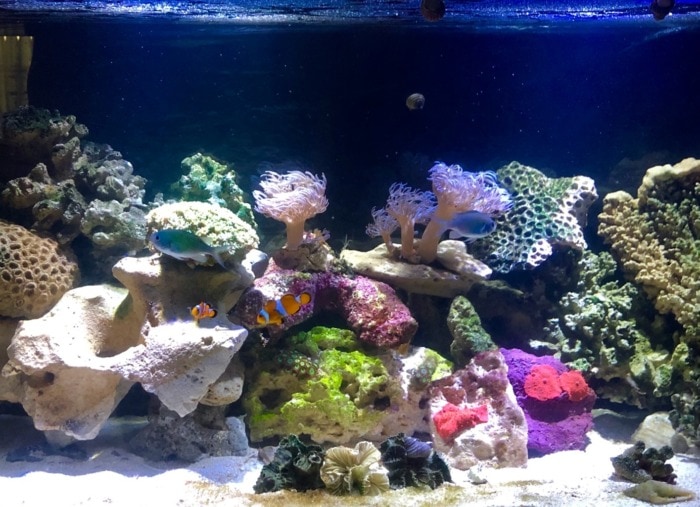 Given that, with good care, a clownfish can outlive three generations of dogs, you should be prepared for what’s coming.

If possible, get the right tank size from the beginning so you don’t have to upgrade the setup later on.

Do proper research on the way clownfish live and what they need to thrive.

Make sure to choose the right tank mates.

Get a cool anemone, although, contrary to popular belief, clownfish do not need one to live a long and fulfilling life.

Be patient and enjoy the start of a new life-long friendship.